Management Rights’ industry worth $4.8b in Australia, according to groundbreaking report from ResortBrokers

Management Rights contributes a staggering amount to the Australian economy, with $120 billion of accommodation assets under management, according to an industry first report.

ResortBrokers today released the Management Rights’ Report 2022 – the only one of its kind in Australia – which examines the vast impact of this accommodation industry sector.

The inaugural report is a game-changer for the industry with ResortBrokers utilising its bespoke, back-of-house research system to collect and collate the data from around Australia.

ResortBrokers Director Alex Cook says the company handles more Management Rights’ transactions than any of its competitors combined, with sales constituting roughly half of its annual sales volume.

“ResortBrokers captures more than half of the entire Australian Management Rights’ market with 51 per cent market share and 376 sales over the past five years, worth more than $546 million,” Mr Cook says.

“Management Rights is most robust in Queensland although the model exists in all other states and territories under varying legislation.

“The industry is a key cornerstone of Australia’s tourism sector, offering thousands of professionally managed serviced apartments to the market ensuring higher level of security, health and safety when compared to an Airbnb.”

Mr Cook says in the past five years, Brisbane has witnessed the most robust sales of Management Rights, recording 40 per cent of all transactions; followed by the Gold Coast (28 per cent); Sunshine Coast (12 per cent); North Queensland (10 per cent); New South Wales (six per cent); and Melbourne (four per cent). 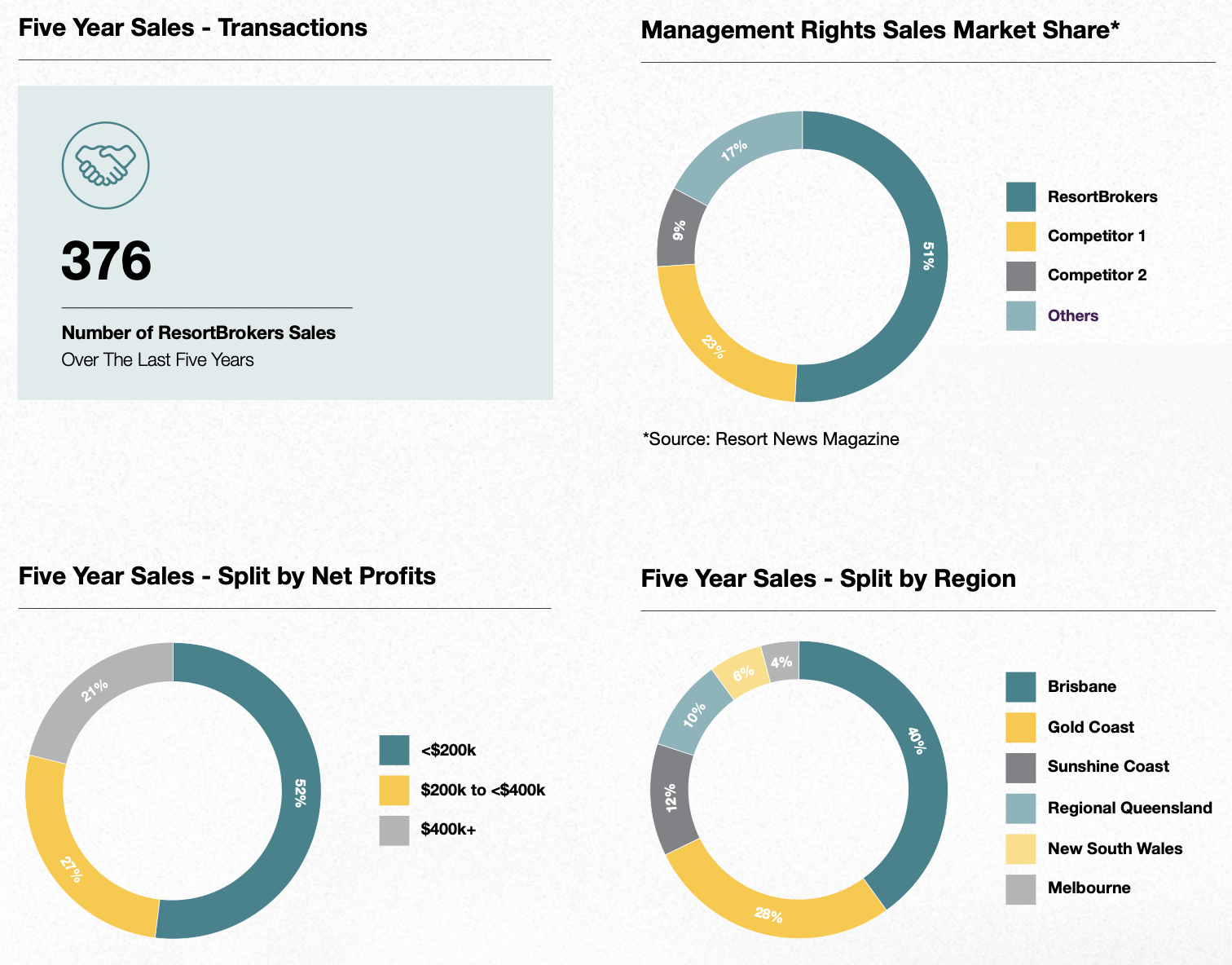 Key trends to emerge over the past five years include:

Major accommodation brands which operate Management Rights include Sebel Residences, Mantra and Peppers by Accor, and Oaks and Avani by Minor Hotels.

“Generally speaking, ResortBrokers anticipates the short-to-medium term outlook for the Management Rights’ market to be extremely positive,” he says.

“Certain sectors are expected to maintain current strength and consistency, and others to show a general recovery from the pandemic conditions of recent years.

“ResortBrokers continues to work with government and peak industry bodies such as ARAMA, to ensure the industry is viable and represents the best interests of all stakeholders.”